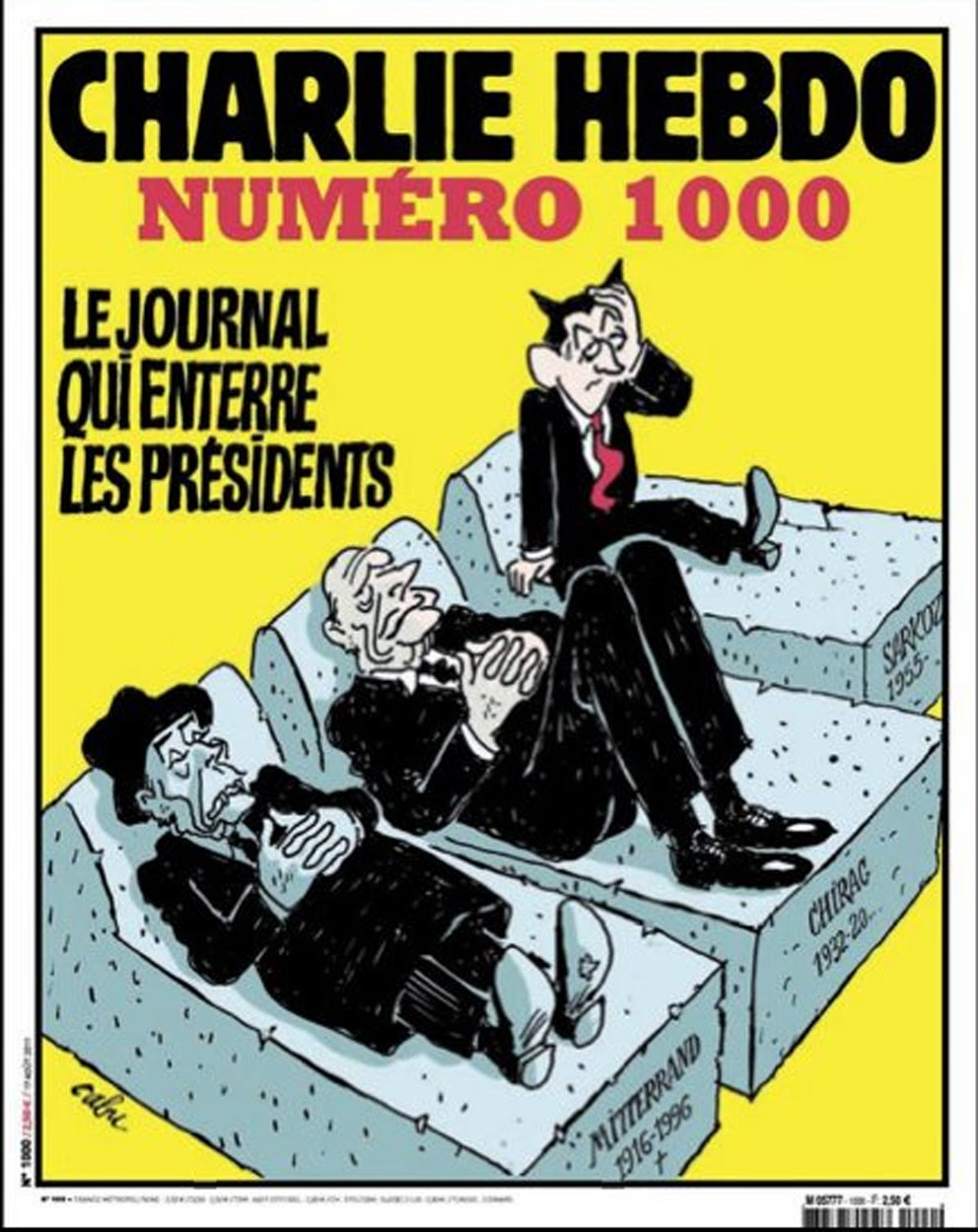 Outside The Box: Take 5


An attack on freedom of speech, an attack on democracy and an attack on humanity, are all descriptive statements about the attack on the staff of Charlie Hebdo.

“A heinous act of inexcusable and unjustifiable murder”...these are my words.

The world reacted with global condemnation and the bitterness of each consecutive denouncement was intensified by adjectives I’d seldom heard. I watched and read how journalists around the world stood in defiance at the horror, praised the courage of the Hebdo journalists and judged as cowards of freedom of speech, those journalists who ‘spiked’ their reports of Jihadism in fear of reprisals.

I watched and read how thousands and then millions marched and gathered to express their contempt for these murderers, to show empathy to the deceased’s families, but most of all to demonstrate their defiance to the perpetrators masters. And I watched as they were all lead through the streets of Paris by the world’s leaders or their representatives, linked arm in arm.

World leaders, who between them have murdered thousands, who have transgressed international criminal laws, who have twisted and remoulded the destruction of countless lives to suit their interpretation of history, who’s systematic butchery of women and children is explained away as necessary for national security, who excuse their acts of violence as working for the better good, who’s acts of piracy and murder on the high seas is excused by their funding of carefully chosen personnel to write favourable reports, and who describe their wanton destruction of lives with the sickening term of ‘collateral damage’......

But when does satire become racist and propaganda? Did the likes of Charlie Hebdo invite this response by its witty mockery of something held very dear to a particular group of people but which it would seem, held in contempt? Would we sit and mutter our contempt, ringed within the concept of freedom of speech, if such satire was continually referencing the hunger strikers? How many agree with the condemnation of the attack on the Belfast Telegraph or with Michael Collins purported act against a British supporting newspaper recently brought to light by Adams? Freedom of speech in its true essence is a fine and mighty concept and many have been sent to their deaths in its defense but very, very few have ever been allowed to fully express it. Is it an ideal that is unrealistic? Is it utopian to believe that it actually exists? If not attacks such as that on Charlie Hebdo thwarts the expressing of this concept then in our modern world fear of libel does for libel costs money.

We live in a western society that has gone to war on all occasions, not for the interests of the few or greed for another’s resources, but for democracy and freedom! We live in a society that constantly informs us how much freedom we actually have by comparing us to a despot in some far of flung corner of the world, albeit never a friendly one! Yet, nothing could be further from the truth. Our civil liberties have slowly been whittled away under the guise of keeping us safe with odd bursts of erosion occurring around attacks such as this. Is freedom of speech an illusory ideal used by those in control to dispel the truth of reality? Is it an ideal worth defending or worse still dying for?

The Jihadist brothers, having been disposed of, had in their own way been censored by the very people who spent the previous days screaming about the right to freedom of speech. The brothers attack, carried out with elite military precision, was never meant to end in this manner. Careful to hide their identity (damn that auld ID card) and the presence of a getaway vehicle signals quite clearly that this wasn’t the usual Jihadist attack. Unlike that other Paris Jihadist whose murdered victims were chosen by their religion and who had no intention of running, the brothers were the complete opposite. Then the condemnation began to flow and flow and flow. An attack on the right to freedom of speech being the most lauded statement of them all and rightly so. All culminating in the Paris march where world leaders or their representatives, leading arm in arm, marched with the bourgeoisie.

And alas poor Yorick, at that hypocritical sight my sympathies began to wane.

In the hub of global decision making, Stormont, those wily MLAs, free for a while from the public eye analysing their treacherous and weasel-like agreements and expense accounts, also unleashed their vehement disapproval by alluding to their victimised past and how they too, have suffered at the hands of terrorism, Irish terrorism – no mention of British State terrorism, but somehow survived and showed their defiance to PIRA by also marching to their no-surrender drum beat.

Such occasions as this always allow a freehand to the British Unionists to cast further aspersions on the Provisional IRA’s campaign of murder with reference to their murderous attack on the Belfast Telegraph Offices decades upon decades ago, in a vain attempt to equate it with Charlie Hebdo and of course followed with a whimper of reference to Unionist paramilitary acts of violence but no mention of any hideous specific attack. A pathetic and derisory attempt to emulate their pain on to the world stage of Charlie Hebdo ... my heart bleeds. A covert message to Parisians that defiance will win the day ... not logic.

The Nationalist MLA’s kept to their political tight-rope act of not offending Britain by carefully balancing their own condemnation in such a manner as not only does it not represent a true reflection of history, it doesn’t even represent the feelings of their electorate, but only succeeds to further the revisionist interpretation of Irish history – Britain is not to blame. i.e., they ‘spiked’ their own statements. Although to be fair, McDonnell of the SDLP did refer to the demise of Martin O’Hagan. Terrorist acts like plaster of Paris stick so best to keep your head down!

All condemn, but few use logic to ask why?