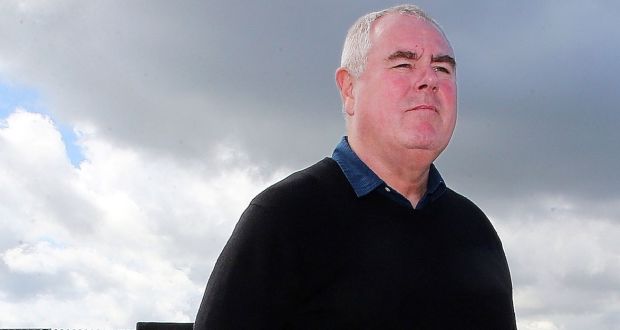 On a rainy night in September 2001, I was about to ignite an inferno. Boston College researcher and interviewer, Anthony McIntyre, came to my home and planted himself on the sofa. He had been at my home on nine previous occasions and recorded interviews with me about my involvement in the IRA.

Both of us were former Blanketmen, protesting republican prisoners, and we knew that we would be touching on the 1981 IRA/INLA hunger strike, in which ten of our comrades died. As the prisoners’ PRO at the time, I had played a central role in the hunger strike. I knew things that had been buried, secrets that were never to be revealed. At the start of the interview, I had no intention of revealing anything. But, as the interview progressed, I found myself opening up to my fellow Blanketman. I broke down. I was talking about British government offers and how the prison leadership had accepted an offer to end the hunger strike and of how our acceptance had been overruled by an outside IRA committee. Everything changed for me that night and, out of the catharsis, came my first book, Blanketmen: An untold Story of the H-Block Hunger Strike.

Blanketmen was a best-seller and, not unexpectedly, caused a furore, with republican leaders and writers lining up to take me down. People with whom I had grown up, who had been good friends, even former cellmates, ostracised me. Lies were being told about me; false accusations were made against me.

I can’t actually say when I first began writing Northern Heist, but it was after my hunger strike books and it started life as a screenplay called Greed. I was involved with Northern Ireland Screen and a Dublin production company on another screenplay at the time, so Greed wasn’t my top priority. Still, on a Friday night, over a glass (or two) of burgundy, I enjoyed tinkering with it and throwing plot lines about in my head.

I liked the name “Ructions O’Hare” as the main protagonist. Ructions conjured up, in my mind, an individual who was a menace to society, someone who would be capable of committing murder on the one hand and showing common decency on the other. He could think on his feet and plan very intricate bank robberies. His word, once given, was sacrosanct. I also liked the strength in the name “Panzer O’Hare” (Panzer being a German WWII tank, Ructions’ uncle, and the head of the O’Hare family).

The plot line for this book did not come easy to me. I found myself frequently changing the story … maybe a character was too weak or too strong, or a particular story line wasn’t structurally right. To cut a long story short, I got the book, entitled Greed, finished at the end of 2013 and my agent, Jonathan Williams, sent it off to London publishers. I was confident it would be taken up. One by one the London publishing companies knocked it back. One told Jonathan that he was “within an inch” of taking it but had decided against taking the plunge because I wasn’t a big-named author. That seemed to be a bit of a Catch-22 to me: how can you become a big-named author if the publishers are not going to run with your books because you’re not a big-named author? It was as well I had a thick skin and a willingness to not give up!

In June 2014, I received the sickening news that my life-long friend and confidant, Gerry Conlon, had passed. Gerry had been framed by the police for the Guildford pub bombings in 1974 and had spent 15 years in prison for something he did not do. About eight months before he passed, we were having breakfast in Belfast city centre when he had elicited a promise from me that I would write his biography from the time he triumphantly marched out of the Old Bailey, in October 1989.

Not long after his funeral, I set about keeping my pledge to Gerry and, three years later, my book on his life, In the Name of the Son: The Gerry Conlon Story, was published to critical acclaim. I was fortunate enough to have the help of his sister, Ann McKernan, and his many friends including Johnny Depp, who wrote a magnificent foreword about their antics while holidaying in Kerry and Cork.

With my promise fulfilled to my great friend, I went back to Greed. Just before Christmas 2017, my daughter Berni and I were sitting in the Europa Hotel in Belfast city centre, discussing Greed, when she said: “Do you know why the London people didn’t take the book? You killed Ructions.” (In the draft that had been rejected by the London publishers, Ructions had been shot dead at the end of the book). In that instant I knew she was right, I knew where I was going with the re-write.

A few months later, I sent the revised text to Conor Graham of Merrion Press. Even though Merrion did not publish fiction, Conor immediately took the book. There were more edits and more rewrites and what emerged was Northern Heist, of which I am immensely proud. I have to say, it’s been quite a journey from Blanketmen to Ructions O’Hare.

⏩Richard O’Rawe is the author of Northern Heist, published by Merrion Press.