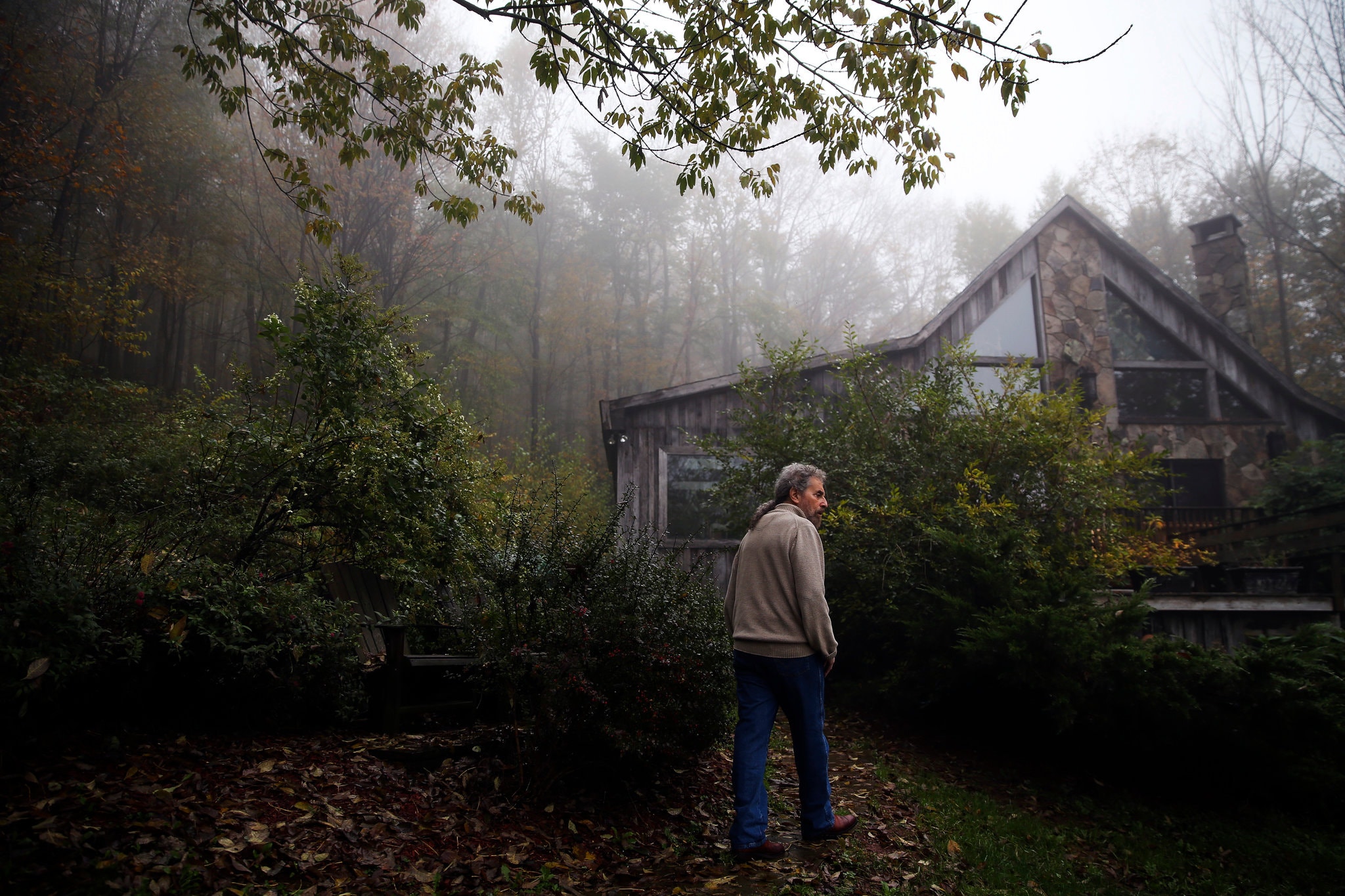 He Defended Accused Terrorists For 35 Years. Now He’s Back


After imprisonment on tax charges, Stanley Cohen, a freewheeling radical lawyer, has Hamas on the phone and is on the job again.

Jeffersonville N.Y. — On the day his law license was reinstated this past summer, Stanley L. Cohen got a call from an old friend and client, Mousa Abu Marzook, a senior political leader of Hamas, the militant Islamic group that controls Gaza.

In certain circles in the Middle East, he said, “Word had gotten around very quickly that I was back.”

That Mr. Cohen is back — after a prison sentence on federal tax charges that resulted in the suspension of his law license — is certain to infuriate many people.


He has spent much of his 35-year law career raising legal hell, defending controversial clients with an audacity that has antagonized his enemies, including United States intelligence figures and many Jewish groups.

He calls his clients “the despaired, the despised and the disenfranchised.” Others call them terrorists and irredeemable criminals.

They include members of Hamas, Hezbollah and Al Qaeda, all of which the United States considers terrorist groups, as well as Sulaiman Abu Ghaith, a son-in-law of Osama bin Laden who was convicted in 2014 of conspiring to kill Americans.

He helped represent Kathy Boudin, the member of the Weather Underground involved in a 1981 Brink’s robbery outside New York City that left two police officers and a security guard dead. Another client, Larry Davis, shot six police officers in a shootout in 1986 in the Bronx.

The lawyer Alan M. Dershowitz — no stranger to controversy himself, having represented O.J. Simpson and Claus von Bülow, among others — said of Mr. Cohen: “I think he’s a horrible human being with horrible values, but I’ve defended worse.”

The criticism and the labels — terrorist supporter, traitor to his country, Jewish anti-Semite — all “come with the turf,” said Mr. Cohen, who relishes the spotlight his provocative style attracts.

In 2015, he suddenly dropped out of public view when he entered a federal prison in Pennsylvania after pleading guilty to having failed to file proper tax returns or maintain necessary financial records for his law practice.

True to form, Mr. Cohen denounced the case as politically motivated and retribution for his history of defending radicals and terrorists.

He served nearly 11 months of an 18-month sentence, in conditions he likened to a “Boy Scouts barracks.” Inside, he started a blog called “Caged But Undaunted” and ran the law library. He taught inmates civil and human rights law and held classes on Middle Eastern issues, he said.

His first call from prison after his release, he said, was also from Mr. Abu Marzook, who told him, “O.K. Vacation’s over.”

Before he entered prison, financial pressures led Mr. Cohen to give up a funky loft on the Lower East Side where he had kept a bohemian home office. Now, with his law license reinstated after its suspension because of his conviction, he is looking for a new base in New York City.


For years, the legal fees from defendants in murder, drug, robbery and other criminal cases helped sustain his pro bono work for terrorist and political activist cases, he said. But that will have to change.

Mr. Cohen, with his distinctive beard and ponytail, was dressed in a rugged tan outfit and leather boots. His three-legged chocolate lab, Emma, rested at his feet in the chalet-style home in the Catskills that now serves as his office, a two-hour drive northwest of New York City.

“This is all I have, after 35 years of practicing law, a house in the mountains,” he said.

Mr. Cohen said he was raised in an Orthodox Jewish household but in his teens became interested in social justice issues and turned from religion toward the political activism that has fueled his law career.


He attended law school at Pace University in Westchester County and then worked in the 1980s as a Legal Aid lawyer in the Bronx. As a lawyer in private practice in the 1990s, he took on Albanian and Bosnian clients and started to become known among Muslim civil rights groups. This led to his defense of Mr. Abu Marzook against efforts to extradite him to Israel in 1995 on suspicion of terror. Mr. Abu Marzook was able to avoid the charges and was flown instead to Jordan.


For now, Mr. Cohen works on an aging laptop surrounded by paintings by his longtime companion, Joni Sarah White, an artist and a member of the Mohawk Nation.

The walls are also covered with newspaper articles and photos chronicling his career, showing him with other radical lawyers like William Kunstler and Lynne F. Stewart, or with Yasir Arafat, the Palestinian leader regarded by many Palestinians as a hero and by many Israelis as a terrorist.

In one photo, he is smiling broadly and sitting between two Hamas leaders who were later assassinated in rocket attacks by the Israeli military. The same image is the profile photo on his Twitter feed.

Mr. Cohen has long been a fierce supporter of Hamas, touting his friendships with its leaders and supporting their right to armed resistance against Israel.

“Occupied people, under international law, have a right to armed struggle, period,” he said.

But his views on Hamas, among other things, have led to fierce criticism from Jewish groups, and he said one militant group labeled him “the world’s No. 1 self-hating Jew.”

Nitsana Darshan-Leitner, an Israeli lawyer who represents victims of terrorist violence, criticized Mr. Cohen for taking a tradition of representing marginalized clients “to a very extreme and dangerous place,” and compared his representation of some terror groups to representing Nazi war criminals.


“Islamic terrorists are not the underdog or downtrodden deserving a zealous defense,” she said. “They are aggressive perpetrators who maliciously try to murder innocent Jews.”


Mr. Cohen countered that he has “always opposed attacks on civilians by anyone for any reason.”
“But to draw any comparisons of that suffered by Palestinians with the rare injury to Israelis, is simply disingenuous or dishonest,” he said.

Mr. Cohen has incensed critics by saying that, to take a case, he must feel a kinship with his clients or their cause. Mr. Cohen made headlines after the terror attacks of Sept. 11, 2001, by saying publicly that he would not rule out representing Osama bin Laden.
Mr. Dershowitz said he has represented clients he does not necessarily like or agree with, but whom he believes deserve a rigorous defense. Mr. Cohen, he said, goes a step too far.

“I pick my clients by their need for representation,” he said. “If you represent people because you like them, then you can be judged by the clients you keep.”

As for his tax conviction, which included failing to file tax returns for six years, Mr. Cohen said he pleaded guilty only after growing tired of fighting the charges, accumulating legal fees and having relatives, friends and clients “harassed” by the authorities.


“I’m a target till the day I die, because of what I say, who I represent and what I write,” Mr. Cohen said.

But prosecutors have dismissed his claim of selective prosecution. In pleading guilty, Mr. Cohen did not “downplay his guilt, or his conduct,” said Grant C. Jaquith, the United States attorney for the Northern District of New York, the office that won a conviction against Mr. Cohen.

“In this case, as in all cases, our decision to bring charges was based on careful consideration of long-established principles of federal prosecution and our commitment to equal justice under the law,” Mr. Jaquith said.

In any case, Mr. Cohen said he recently hired a scrupulous accountant and still plans on handling pro bono political work in the Middle East, albeit on a more limited basis.

“I just spent 80 hours researching a Palestinian case,” he said. “I still take them — that ain’t going to change.”

Corey Kilgannon is a Metro reporter covering news and human interest stories. His writes the Character Study column in the Sunday Metropolitan section. He was also part of the team that won the 2009 Pulitzer Prize for Breaking News. @coreykilgannon • Facebook

A version of this article appears in print on Oct. 22, 2018, on Page A18 of the New York edition with the headline: After Jail, a Lawyer for Extremist Clients Rehangs His Shingle. Order Reprints | Today’s Paper | Subscribe