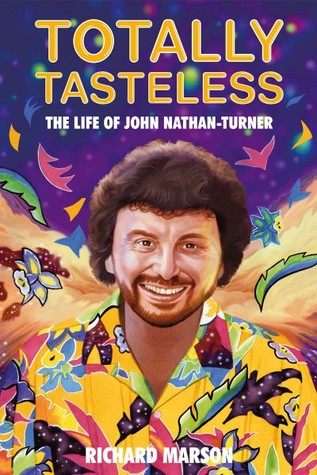 
Doctor Who has, for 55 years, cast a long spell over the consciousness of many a person. The Time Lord (now on his 13th incarnation and to be played by a woman, Jodie Whittaker) takes the viewer to parts unknown in the galaxy, fighting off an array of evil monsters and restoring order to chaos.


All very obvious and very science fiction. But there's much more to the show than that. There's obviously the theme song (from the pioneering BBC Radiophonic Workshop and composed by Delia Derbyshire, one of the pioneering women in electronic music). There's obviously the iconic logo. There's the Daleks. There's the Cybermen. But there's a human spark to the show that keeps it fresh in the hearts of many.


Matthew Sweet once remarked that:

several actors who have played the lead...report that fans sometimes unburden extraordinary intimacies as they present their autograph book for signature at a convention. The Doctor, they're often told, is the father figure who will never let you down. He is never cruel, never self-serving, never unjust. He is the man who will rescue you from the tyrants, the bullies and the exploiters...


I have to admit having a tear in my eye after reading that. This nails the deep connection the fans have. To them, it's much more than a sci-fi programme. It's good and evil in its purest form, with a parental figure who took you on adventures not of this earth.

Often vilified by long term Doctor Who fans for the decline, and eventual cancellation, of the series, John Nathan Turner was nonetheless a visible and important figure in Doctor Who fan world in helping set up conventions for the show in the UK and USA. Very common nowadays with the likes of San Diego Comic Con but, back in Britain in 1981, very unusual and very un-BBC (who seemed to regard any attempt of commercialisation as repulsive).

Meticulously researched, Richard Marson (former editor in chief of Blue Peter) paints John as a complex and likeable man. One who is in thrall to the old school British music hall tradition of light entertainment, and one who keeps hitting his head when trying to move upwards in the BBC because of this attitude. Someone who did their best for Doctor Who, even when every series became a salami slicing exercise in trying to do better with less, and with idiots in charge.

What really interested me was the power struggle between certain Doctor Who fans and the producer. By crossing a line into inviting fans (such as Hi-NRG producer Ian Levine) to contribute to the show (and, in some cases, shagging them), John ended up in a situation where certain fans felt they had a say in the show (when they really didn't). Which is where a lot of the ill feeling towards that period of Doctor Who comes from (that and the inconsistent episodes, which is put down to classic BBC apathy towards the show).

Because of the revelations that John was having sex with fans, some around the age of 19 (the age of consent for gay men in the 1980's was 21), the book has been condemned by the likes of Peter Davidson and Colin Baker for supposedly attempting to draw a parallel between John and Jimmy Savile. While there are moments which, speaking as someone reading in 2018, make for uncomfortable reading, they mainly centre around John's partner, Gary Downie (who is now dead).

Although there is no proof that John engaged in any activities that would place him alongside Savile, there are one or two suggestions that Downie was a different matter. The author tells a tale of sexual assault at the hands of Downie, which he now claims to see the funny side of. And there's an allegation of inappropriate behaviour towards a 14 year old boy in a theatre in the 90's.

Nonetheless, there is no evidence that the two of them indulged in child molestation.

Although the narrative can be jumbled at times, and there is an overreliance on people commenting on what a nice guy he was, Totally Tasteless is an outstanding read. By shedding a light on a less understood period of Doctor Who (and the BBC for that matter), Marson has given fans of the show food for thought, helping to rehabilitate a deeply misunderstood and maligned character who kept the show going for more years than the BBC would have liked, and laid the foundations for the global success of the revived series in 2005.