For days, now, the Israeli rewrite has been well underway, working overtime, to convince the world seven weeks of carnage in Palestine, more particularly Gaza, did not happen. Or, if it did, Israel’s response to the Great Return March was a measured, proportionate answer to the menace posed by some burning kites, waving flags and nihilist teens armed with slingshot weapons of mass destruction.

At times, we’ve seen Zionists rip a page straight out of the “Sandy Hook” playbook, suggesting gruesome virtual film footage of the on-going blood bath was largely staged as if an anti-Semitic Hollywood back lot production. Indeed, to some, it appears the latest Palestinian victims include the same crises actors used over and over again in false flag operations ranging from Douma, Syria to Parkland, Florida.

Other apologists have turned the morgues of Gaza into a cynical goodwill gesture. Urging belief that if Israeli intent was mass slaughter thousands more would have found eternal peace as opposed to merely being left crippled or limbless on the floors of overbooked hospitals covered with the burn of noxious fumes as rivers of blood passed them by.

To be sure, the methodical madness that is Israel goes something like this: We have the most effective, disciplined, efficient killers in the world. Had we wished to execute many more, running off with backs turned in panic, we could have done so with abandon and relative ease.

Of course, it is that very expertise that puts to lie the claim that the 124 clearly identified members of the press killed or injured, these past months, had fallen victim by mere happenstance, alone.

Apparently, Palestinians should give thanks that Israel merely wanted to set a tone with a controlled atrocity, these past Fridays of protest, as opposed to one of its, by now, regular scenes of effortless carnage sown throughout Gaza like a well planned mosaic of anguish to the palpable indifference of the world.

Can it be long before Israel deducts the cost of ammunition, otherwise dangled for its token monthly occupation tithe, for the extorted quiet trauma of some two million political prisoners?

After-all, busy these days in Syria, saber-rattling in Iran and preparing for its long overdue coast to coast crush of Gaza, even the most prosperous war criminal can, at times, run up against constraints on available weaponry. Despite being the world’s 8th largest arms exporter, Israel, always on the make for more and more military gifts, would have us believe it is no exception.

And, predictably, when other excuses have collapsed to the honest lens of public transparency, the Hamas card is once again played with almost sneering contempt for the world’s ability to pierce the half-truths that fly, each day, alongside the Star of David cast throughout the occupied skyline that is Palestine.

Time and time again, many have been an all too willing, if not complicit, party to Israel’s deflective use of Hamas to explain away the inexplicable: just how proportionality can ever be manipulated to excuse an unchecked attack by the 16th most powerful military force of our time, with thousands of tanks, aircraft and combat ships, with a multibillion dollar yearly military budget, upon a largely tattered urban enclave armed with little more than the determination and spirit of its long embattled people.

It works. It has for decades in a world that long ago condensed the “good” to those with proper skin tone, religion and culture and the “bad” to those who invariably pray five times a day, not once each Saturday or Sunday.

There are distinct components to Israel’s grand witting misspeak about Hamas and Palestinians: The first is a desperate attempt to recast who and what the movement is and from where it has come.

On this point, Israel is to be applauded as it has apparently, successfully, packaged and sold an entirely fictitious representation of the movement to those who seek little more than a fabled narrative to maintain their dutiful support of its colonial project.

I am no stranger to Hamas. To me the movement is not an academic pursuit or abstract intellectual curiosity that only takes shape whenever it confronts the brute force that is Israel…be it in the 365 square kilometer (141 sq mi) confines of Gaza or in the streets and universities of the West Bank. To the contrary, I have been privileged to represent more than a few of its leaders for some two decades. On occasion, the movement has sought my counsel on issues of international law prior to making its decision on how best to proceed with a given matter.

Many of these men and women have also been close personal friends for years. I have often shared a warm welcome and meal at a family dinner table or an overnight stay with Hamas leaders throughout my travels in the Middle East–on occasion against the backdrop of on-going Israeli carnage or in its aftermath.

I have known well most of its founders and current leadership including those that have either been assassinated or languish, today, in Israeli prisons and elsewhere denied any scrap of justice or due process. Over the years, I have spent literally thousands of hours meeting with movement leaders in prisons, at conferences, in Palestine and elsewhere.

These are virtuous, dedicated, nationalists who seek not power for the sake of it or personal profit but have long stood among those who have fought against overwhelming odds and violence to lead the way toward a Palestinian home built of the marrow of freedom, justice and equality.

Contrary to the Israeli and Western effort to reduce Hamas to a collective of essentially unschooled or unsophisticated foreign born so-called Islamists, nothing could be further from the truth. Hamas is a movement born of Palestine, composed of Palestinians who were raised on the very streets where the blood of their people and families, has been lost to the occupation terror imposed by Israel. For the many who suffer from a now decade old blockade of Gaza–with its lack of food, water, medicine and mobility–Hamas and their families have known the same isolation and paid a like price.

Comprised, originally, of physicians, scholars, academics, lawyers, scientists, artists, religious leaders and farmers, it is a movement that evolved of necessity, born in the vacuum of what would obviously become the failed vision of Oslo.

More than a few of these leaders escaped the tyranny of Israeli oppression, years before, to obtain education and accomplishment abroad–only later to give up the fruits of all personal success to return to their homeland and fight for its liberation.

Over the years, Hamas evolved from a social service network, throughout Palestine, to become an armed guard of the Palestinian people through the discrete Qassam Brigades and an elected political movement swept to power in 2006. That victory came in what was described, then, by former President Carter, as the most transparent and successful electoral process he had observed as a monitor over his many years of such service in the Middle East.

Not long thereafter, all of Gaza was punished for the temerity of its electoral will through the imposition of the embargo that a decade later remains in place as an on-going stranglehold on the health, welfare and safety of its two million residents, punctuated by massive deadly Israeli onslaughts every few years.

Portrayed as little more than a terrorist group, one story, in particular, speaks volumes about the depth and breadth of the movement. Invited by one of its top leaders to attend a luncheon outside of Palestine, I arrived at a fourth floor walk-up to find most of its leadership, along with a number of other Palestinian resistance movements, engaged in a debate. No, it was not a heated argument over political tactics or military targets. During the next two hours, tempers flared over whether, and to what extent, language immersion should be included as a teaching tool in grammar school education throughout Palestine. The discussion was led by a PhD linguist schooled by legendary MIT professor, Noam Chomsky. Hebrew was among the languages to be learned.

I am not naive or starry-eyed. Like all political and national liberation movements Hamas has had its problems and made its share of missteps. Nevertheless, Israel’s long-standing attempts to reduce it to a selfish and reckless collective willing to sacrifice the interests and safety of Palestinians, including their own families, to the winds of cheap political gain, is just so much nefariously crafted delusion.

Although this unashamed invention has found a warm welcome in the insipid language of Zionist supporters and ignorant pundits, those with informed knowledge or experience with Hamas understand this call for what it is: a shameful and typical deflection from Israeli responsibility for what can only be called a willing slaughter, these last few months, that ranks among its many others… always, of course, because it had no choice.

The notion that the movement would ask or send people of Gaza to certain injury or death, at the hands of Israeli assassins lying in wait for all to see, reeks of the grand imperial lie that has been Israel for seventy years.

It is no less repugnant than the racist proposition that Palestinians, themselves, care so little about their own families or community that they would willingly sacrifice them en masse to gain the momentary sympathy of a world long inured to their isolation and loss of liberty and life.

Born of supremacist arrogance, Israel now seeks to reduce millions of Palestinians, who have struggled for generations, to little more than unthinking sheeple awaiting instructions from Hamas on when, and how, to express their will or gain their independence. Those with any connection to Palestine, or its long oppressed people, know all too well that the bars of its prison will never quiet its innate thirst for justice and freedom.

In Israel, the expedient conflation of victimizer and victim… of occupier and occupied… is brazen and readily transparent; an indecent marriage of those that would pull the trigger with others who fall prey to its barbaric squeeze. There is simply no honest or moral equivalence.

Yet, in a world that has long found Palestinians to be unworthy of equality and safeguard, this perverse union should come as no surprise. Indeed, willful blindness to Israeli slaughter is the explosive fuel that empowers its rage.

For decades, now, Hamas has become a convenient foil for Israel and its compliant choir after each new horror. Meanwhile, Israel walks away to rearm… leaving Palestine to bury her children, but not her hope.

Against the wail of broken dreams and lost lives, the Great Return March, marches on. For Palestinians, there is no choice. 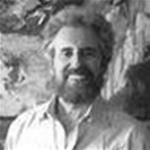