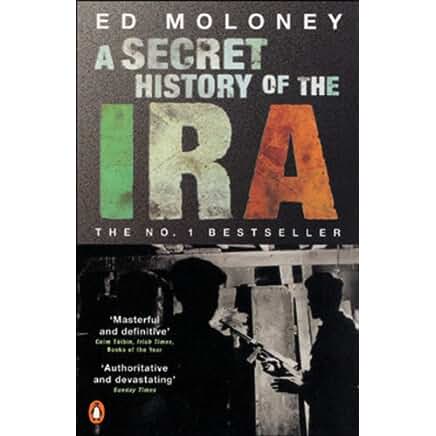 I’ve just finished reading Ed Moloney’s comprehensive and illuminating tome regarding the Republican Movement under the guidance of the Adams faction and I thought I’d share a few opinions.

The book is a cracking read and sheds light on the internal workings of the both wings of the same beast, the military and the political, and how the Adams Group guided/coaxed/coerced/threatened/
bribed the Republican monolith to the point where not only was a ceasefire inevitable, but decommissioning of weaponry was the last outworking of a torturous process.

Coming from a Unionist perspective, Ed’s work lays bare the machinations of a machine that we were in mortal fear of, but remarkably he manages to put a very human face on those people behind the scenes. No easy feat.

Adams clearly had foreseen that the military campaign would be unsuccessful as far back as the mid-eighties, and as such gathered around him those who could wield significant authority over the militarists but who in his estimation also had strategic acumen. The “Think Tank” within the Adams Group navigated the often dangerous path between the ‘Council’ and the ‘Executive’.

Why on Earth there was so much bureaucracy even within the ‘military’ wing is beyond me. At times the quibbling is more reminiscent of a popularity contest, and made all the more confusing by people being able to sit on both boards! But I suppose this is also one of the reasons the Adams Group was successful in guiding the movement to exclusively peaceful means.

Interestingly, the author strongly suggests but without obviously saying so that treachery at a very high level scuppered major arms importations and the Loughall Ambush. One wonders if British Intelligence ‘cleared the path’ for the early Adams Group to grow, given the East Tyrone PIRA were opposed to peaceful action and lukewarm to Adams at best. It is clear now that penetration at every level by British Intelligence plagued the Provisionals.

But a curious thread woven in behind all of the political manoeuvrings caught my eye, namely that for an organisation of the size and sophistication of the Provisionals they cried poor at every opportunity.

But fast forward on from the cessation of military hostilities, with what we know of Slab’s creative approach to self-financing and various heists, where has the money gone?

In the book Ed mentions a very diverse global portfolio of business interests that the Finance Department managed, one that 20 years ago was estimated at 200 million Sterling!

I read a while ago that Brendan Hughes had to go and argue for money for ex-prisoners to feed themselves while working, while nowadays the Armani shinners don’t seem to be strapped. How can they justify this? I’ve read articles on TPQ of former volunteers succumbing to alcoholism and more than a few have taken their own lives after the conflict.

How about freeing up some of this capital to look after those who gave a lot, and I’m saying this from across the divide!