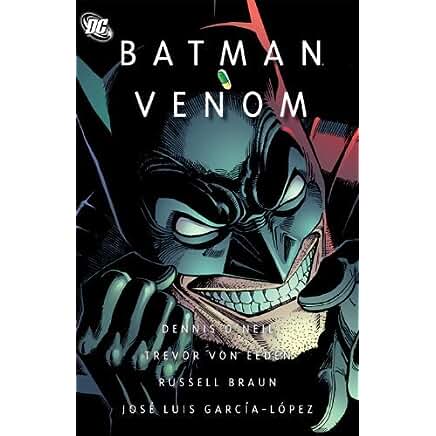 Never underestimate the power of the medium of comics.

Alan Grant, one of the legends that came out of 2000AD, once said on Newsnight:


...comics are one of the most subversive forms of literature that you can get. Nobody wants to ban television, because television doesn't make you think, it just entertains you. Nobody wants to ban books, because you read books in a logical, linear fashion. Comics force you to use both sides of your brain at once, which is why they were banned in repressive societies like the USSR.


Don't believe me? Pick up any issue of 2000AD and read about the Judges in Mega City One banning smacking, smoking, refined white sugar, caffeine and making it illegal to have more than one job. Not a million miles from the society we find ourselves in today. Hell, I'm sure El Presidente Trump had this in mind when he talked about arming teachers.

That's the power of comics.
For those of you who this may be news to you, here's some back story.

By the mid 1980's, American comic books had reached a crescendo. The heydays of the colourful 60's had given way to a darker strand of story telling in the 70's. The collapse of the traditional newsstand distribution network at the end of the decade coincided with the opening of specialist comic book stores, which led to the rise of indie publishers, and mainstream titles becoming much more adult and experimental in response to the challenges from these indie publishers.

And the title that is most associated with this new found freedom is Frank Miller's 1986 masterpiece Batman: The Dark Knight Returns.

It was a landmark in that here was, quite clearly, a comic throwing off the traditional shackles of comicdom and allowing itself to be influenced from other sources. Featuring the complexity of a novel, the bleakness of Ted Hughes and the urban squalor of 1980's America, it was a smack in the face to readers and a wake up call for those who still believed that comics were for children. The collected issues, now known as a graphic novel, spent 40 weeks on the UK bestsellers chart, and was a factor in the likes of Maus: A Survivor's Tale and Watchmen becoming massive successes and legendary in their own right.

It made sense that it was Batman who led this reinvention. Although still associated with the campiness of the 60's TV series (great in it's own right), the 70's had seen various writers like Dennis O'Neil bring the character back to it's roots as a night stalking vigilante. Although the character remained a pop cultural icon, regularly beating out Superman and Spiderman in 'best hero' lists, sales had slumped dramatically by the mid 80's. The Dark Knight Returns would change all of that.

This tale, first published in 1991, carries on in a similar vein to The Dark Knight Returns. Although nowhere near as iconoclastic as that story, this is a tale of insecurity and addiction that nearly destroys the Dark Knight.

It begins with Batman attempting to rescue a young girl by the name of Sissy Porter, who is trapped in a mineshaft slowly filling with water. Despite promising to save her, he is unable to remove all the boulders that block his way and she drowns. Despondent and filled with self loathing, he informs her dad, a scientist. Although seemingly dejected, he offers Batman some pills that he's been working on. Named Venom, they increase the strength of the user.

After trying them, Batman has the power of ten men and uses this newfound brute strength to fight criminals with more vigour and hate than normal. Slowly, he finds himself addicted to the pills and finds himself at the mercy of Dr. Porter and military man Timothy Slaycroft. Both want to design the ubermensch, and (although it's never explicitly stated) set up Sissy to die in order to entrap Batman and use him for their own ends.

Although a fairly conventional story in that it has a three act structure and ends on a fairly conclusive note, it's notable for portraying Batman not as a monolithic beast obsessed with revenge, but as a mere mortal who beats himself up for failing to save the life of a child, giving an added poignancy to the theme of drug addiction: no one ever seeks to become an active drug addict, but people are looking for a way to 'improve' themselves, and drugs often seem attractive to such people. Then they're caught in a spiral.

What has always attracted people to Batman was his humanity. He was never an indestructible, Superman/Captain Marvel type hero. He remained a tortured soul who never forgave himself for asking his parents to take him to the theatre and this guilt, coupled with the obsession for revenge, means that he's a highly emotional character who will go to ridiculous lengths for redemption. As he says in The Dark Knight Returns:

My parents taught me a different lesson... lying on this street... shaking in deep shock... dying for no reason at all. They showed me that the world only makes sense when you force it to.


So, seeing the Dark Knight manipulated, humbled and riddled with self hatred totally debunks the notion of the incorruptible, indestructible hero. Locking himself in the Batcave for thirty days to go cold turkey is the ultimate act of self flagellation for him. Forced to face his demons and addictions, he tortures himself for being so weak, but redeems himself when he is forced to rely on his core strengths later on.

As a stand alone Batman tale, it's neat and concise. The artwork does the job without being inspiring, nor outstanding. And, as a precursor to the infamous Knightfall saga, it's the first real chink in the armour of Barman.

Those looking something short to dip into without having to worry about continuity would do well with this. It will make you look at the Caped Crusader in a different light.