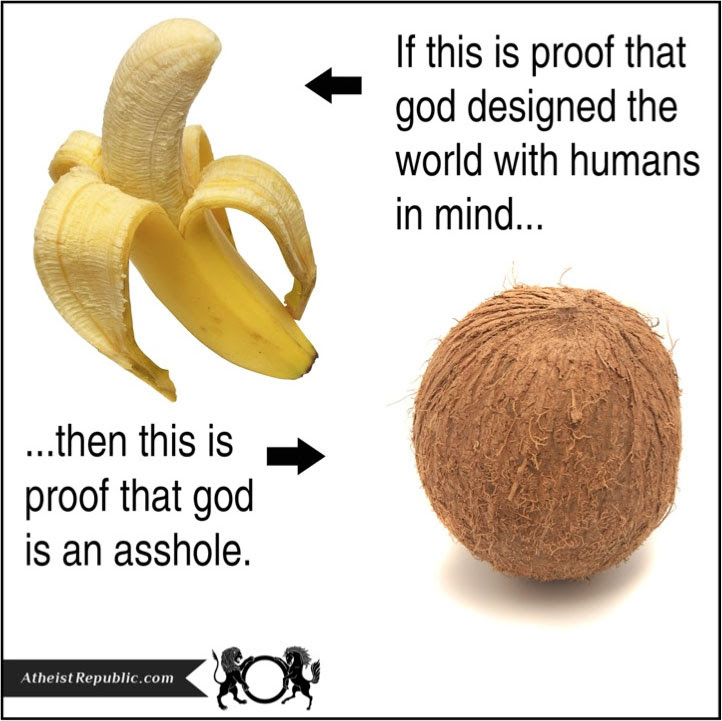 Once Upon A Time, God Made Bananas


The Banana Fallacy (as it has come to be known), has actually become the target of mockery, even by Christians due to its obvious absurdity and how it illustrates a clear misunderstanding of atheists’ reasoning for a lack of belief in gods.

I mean, the fact that bananas get brown and mushy after two seconds out of the peel is proof enough that there is a serious flaw in its “design.” Never mind that while it has been intelligently designed, it’s been by humans, not a divine being. Wild bananas are gross and unable to even survive naturally because they’re sterile. Also, I don’t really like bananas very much, so if God made them for humans, he excluded me from enjoying them – what a jerk.

Have you ever had a Christian use this illustration as a “gotcha?” How did you respond?
.
Atheist Republic Intelligent Design