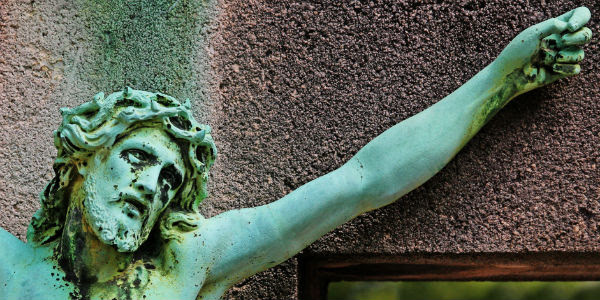 Britain’s ‘Christian Right’: Seeking Solace In A Narrative Of Discrimination

By AM Friday, March 10, 2017
Share Tweet Share Share Email
From Democratic Audit a piece by Steven Kettell on the British Christian right. Steven Kettell is an Associate Professor in the Department of Politics and International Studies, at the University of Warwick. He is also a co-founder and executive editor of British Politics.

‣ The ‘Christian right’ in the UK may not be anywhere near as powerful as its US counterpart, but it still tries to exert influence on public policy. This has become increasingly difficult as fewer Britons identify themselves as Christian. Steven Kettell finds that although these campaigners bemoan the effects of secularisation, they have found themselves adopting secular arguments in order to oppose same-sex marriage, abortion and assisted dying.

The US Christian Right would seem to be enjoying something of a resurgence. Evangelical voters have helped propel Donald Trump to the White House, potentially ushering in an era of renewed political influence and religiously inspired policy-making. Research in Britain, on the other hand, has typically concluded that no parallel ‘Christian Right’ movement exists. Compared to their US counterparts, conservative Christians in Britain are far fewer in number, tend to engage with a different set of issues, are typically more left-of-centre in their economic outlook and have far less political clout.

But to ignore the political activities of conservative Christian groups would be to ignore some of the more politically active members of British society. In recent years such groups have contributed to a number of contentious disputes around free speech, abortion and assisted dying, as well as protests about religious freedom and equalities legislation.

A key element here is that conservative groups face a common set of challenges from the ongoing pressures of secularisation. According to the Office for National Statistics, the proportion of the adult population in England and Wales describing themselves as ‘Christian’ declined from 67% in 1983 to 41.7% in 2014. The proportion self-identifying as having ‘no religion’ rose from 31% to 48.9% over the same period, an increase that is significantly more pronounced among younger age groups.

In response, conservative Christian groups have sought to project a narrative built upon two core assertions. The first of these is the claim that secularisation poses a serious threat to the social and moral fabric of the nation. The space left by the decline of Christianity, it is said, is being filled by a crude, individualist culture, leading to moral decay and growing social problems such as family breakdown, rising crime and juvenile delinquency. Common assertions in this respect include the claim that ‘we’re in a post-Christian multi-faith relativistic society where each person decides their own view’, that many of Britain’s difficulties are due to the fact that ‘[w]e don’t love Jesus enough … We don’t believe in a God that will judge, and in heaven and hell’, and that: ‘This is what happens when a society does not follow something straightforward like the 10 commandments, but says “no no no, we’re free to do what we want”’.

The second component of this narrative is that secularisation poses a threat to religious rights and freedoms. Activists claim that Christianity is becoming increasingly marginalised, and that the rights of Christians have become subordinate to those of other social groups – most notably homosexual, Islamic and secularist campaigners keen to force religion out of public life. Legislative measures to promote greater equality (such as the 2010 Equality Acts and the legalisation of same-sex marriage in 2013) have been particularly instrumental here, as have a series of high-profile legal challenges centring on alleged employment discrimination on religious grounds (four of these cases were heard, and three of them rejected, by the European Court of Human Rights in 2013).

According to one interviewee: ‘Christians are discriminated against in the public square … We are being marginalised, there’s no doubt about that’. Another claimed that ‘secularists want to drive religion out of the public sphere, to leave the field clear for them’. Or, as another representative put it, the marginalisation of Christians had been driven by ‘an aggressive secularism that claims to be value neutral’ but is in reality ‘an attempt to rid Western civilisation of Judeo-Christian values’.

Relatedly, conservative Christians vigorously reject the idea that this worldview puts them on the political extremes. The use of labels such as ‘Christian Right’ or ‘fundamentalist’ is derided as a deliberate misrepresentation of their actual beliefs (which, they claim, are nothing more than mainstream, orthodox Christianity) and a wilful attempt to delegitimise their activities, given the negative connotations that such labels attract. As such, the use of terms such as ‘fundamentalist’ is considered to be little more than ‘a kind of name-calling’, ‘an ad hominem attack’. As one interviewee put it: ‘It does my head in, because I think just because an individual believes in the fundamentals of the Christian gospel doesn’t make them a fundamentalist’. Or as the leader of one organisation maintained:


But while conservative Christian groups bemoan the impact of secularisation, this narrative is itself defined by an overtly secular character. In one respect this presents something of a paradox: conservative groups draw heavily on their theological motivations but the public discourse used to support their political activities is grounded in secular norms and values. Opposition to same-sex marriage, for example, was based primarily around claims of historical tradition, the lack of an electoral mandate, and the social problems that (it was said) would invariably result. Theological objections were notably absent from the public case.

One possible explanation for the use of a secular (as opposed to a religious) narrative is that this is a strategic necessity if conservative Christian groups are to have any hope of appealing to a society that is largely secularised. Explaining the reasoning behind their use of secular arguments, one representative noted that:

if I use Christian arguments most people are not going to be persuaded by them … you’ve got to use the language that people connect with … if I’m talking to a Christian audience, then I’ll couch it in different ways.

Another explained that the danger of using theological arguments was that ‘it plays into the hands of the secularists who just want to paint us as some sort of gung-ho’. On the same theme, another representative revealed that the decision to use secular arguments was: ‘Because what we’re trying to do … is persuade … the people who are not swayed by religious arguments as such, that this particular view is right’.

The evidence thus far would suggest that the results of this approach have been mixed. Notwithstanding some limited measures of success, primarily in helping to shape a right-wing news agenda around themes of religious discrimination, there are few signs that conservative Christian groups are set for any kind of breakthrough. Significant defeats on issues such as abortion, medical science and same-sex marriage, as well as the repeated loss of legal challenges on issues of employment discrimination, all suggest that the political influence of such organisations remains small. Yet perhaps, in one sense, this is to look at matters down the wrong end of the telescope.

To the extent that one of the core aims of conservative organisations is to maintain a sense of identity and group cohesion, then a narrative resting on notions of discrimination and decline might not be as ineffective as at first it might appear. As one senior figure explained: the objective was to show ‘ordinary Christian people’ that there was someone out there speaking on their behalf, and that, despite claims to the contrary, they were not ‘swivel-eyed loons’.