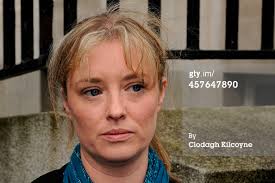 
Amid the twists and turns in the wake of the Starmer report – which examined the way Barra McGrory’s increasingly dysfunctional Public Prosecution Service handled sexual abuse charges involving prominent IRA figures in West Belfast – one the most intriguing has come from SF supremo, Gerry Adams. His response has been to claim that the abuse carried out against the most prominent victim, Mairia Cahill, was in fact perpetrated by ‘an uncle’, i.e. Martin Morris.

﻿
It is clear that what Adams is trying to do here is to divert attention away from the IRA’s involvement in this sordid case by placing it in a family context and therefore nothing to do with the Provos. But the IRA’s fingerprints, so to speak, are all over the scandal.

First of all the accused abuser, Martin Morris was a member of the IRA’s secret police force, the so-called Administrative IRA, a much-feared body with the power to blow a person’s kneecaps into the next street.

Secondly those charged with attempting to cover up the allegations or force their withdrawal by Mairia Cahill and two other women known only as AA and BB, are among the best known Provisional activists in the city. The kangaroo courts they staged were designed not to get at the truth but to force the accusers to back down so their buddy Morris would walk free.

So from the point of view of the Sinn Fein President, it makes perfect sense to level the ‘uncle’ charge so as to minimise IRA involvement and to divert media attention from his own less than irreproachable part in the affair.

This includes his decision to involve himself in the matter only when the tabloid media began sniffing around the story and the fact that he dragged out the resulting face-to-face meetings with Mairia Cahill for six years!

(This is not the first time I have encountered this tactic by Mr Adams. He invites a person with a grievance to a meeting, sits them down with a cup of tea and talks sympathetically to them. Then he invites them back for another meeting after he has completed some promised background research or talked to person A or B. The invitee, invariably flattered to be in his presence in the first place, usually accepts without hesitation. And so it goes on. Before they know what has happened years have gone by, they have drunk gallons of Mr Adams’ tea and they are no nearer a resolution of their complaint. But Mr Adams has gained a valuable insight into the strengths and weaknesses of the potential troublemaker.)

There is a simple way to answer Mr Adams’ charges in relation to the Mairia Cahill case.

The legal definition of a blood relative can be found here, i.e. “…a person related to another by birth as distinct from one related by marriage.”

Gerry Adams’ father was a blood relative of those in his family he abused, as was his brother Liam, who raped his own daughter, Aine Dahlstrom. They committed incest as well as sexual abuse. Fifty per cent of abusers are also guilty of incest.

Martin Morris however falls into the category of the estimated other fifty per cent of abusers who are able to commit their offence because the victims know and trust them. But he was not a blood relative, only a relative by chance, i.e. by marriage. That gave him the opportunity to abuse Mairia Cahill and because he was her aunt’s husband, he had her trust, at least initially.

Mr Adams is deliberately conflating the two categories in an effort to move the spotlight away from the IRA and the stubborn suspicion, Starmer report or no, that saving the peace process somehow played a role in the shenanigans at the PPS over the Mairia Cahill case.

It is striking that he is not making the same allegation in relation to AA and BB. Just about Mairia Cahill, who has made his life pretty difficult over recent months.

The media needs to wake up to this ploy.
Máiría Cahill The Broken Elbow