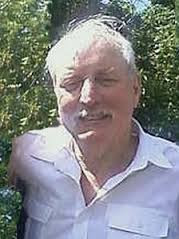 The PSNI & The Ivor Bell Case: Some Thoughts On Motives And Consequences

By AM Thursday, April 3, 2014
Share Tweet Share Share Email
Ed Moloney with a piece from The Broken Elbow on the British Police Service of Northern Ireland pursuit of Ivor Bell. It initially featured on 2 April 2014.

As I post this article reports are coming in from Belfast that the 56-year-old man arrested by the PSNI this morning in connection, according to evident police leaks, with the disappearance of Jean McConville has been released. Hardly surprising since he was only 14 in December 1972 when the unfortunate mother & widow was abducted by the IRA.

That makes the PSNI’s cull so far a 77-year-old man, who was not with the Sinn Fein programme since the mid-1980′s and someone who was 14 when the crime took place. Meanwhile as far as I know the PSNI has yet to respond to the offer to present himself for questioning made by Gerry Adams, who has been named as the man who actually ordered her disappearance.

There is one thing that every lawyer I have spoken to since the arrest and charging of former Belfast republican activist Ivor Bell can agree on and it is that the charge against him in relation to the disappearing of Jean McConville amounts to, as my French friends would say, une cruche de merde.

In fact the charge is so inadequately supported by other evidence that the bringing of it against Bell raises valid questions about the PSNI’s motives.

First of all some basic facts about the evidence. So far the PSNI have not even been able to establish that the Boston College interview in the name of ‘Z’ was actually given by Bell. Apparently the Crown believes it can link him via something called the jigsaw method but if the prosecutors were so confident they could do this in any sort of definitive or conclusive way, I doubt they would be leaking to the media that they would really like to get Boston College researcher Anthony McIntyre into the Antrim interview suite to confirm it (not that he ever would).

Then we get to the interview itself. It is what is called hearsay evidence and while it is technically admissible under UK rules that is only part of the story. The interview was not taken under caution – in US terms ‘Z’ was not Mirandised beforehand – and that means that the interview is arguably largely inconsequential as a piece of evidence since it does not bear resemblance to the normal form such testimony should take. Unless someone is warned that anything they say can be used as evidence against them, what they do say is, well, just hearsay. Not much better than gossip.

The caution-free interview given by ‘Z’ would however carry much more weight if it was backed up by supporting evidence, such as an admission, by witness statements or by forensics and/or ballistics evidence. But from what we have heard out of the two bail hearings none of this exists.

The chances in a normal courtroom of a conviction being secured on the basis of an alleged interview not recorded under caution, with no supporting evidence worthy of the name which deals with events that took place forty-two years ago (how is your memory about what happened in December 1972, dear reader?) should be minimal. In fact in most judicial systems this case would likely not even make it to a courtroom. I add the qualifier ‘should’ because after all this case literally reeks of politics and when politics intrude normal rules can go out the window!

The PSNI are not stupid people. They know all this as well as I do. So why are they insisting on proceeding with a charge against Ivor Bell that has next to no chance of success?

Well, one obvious reason jumps to mind. Denied the ability to confiscate entire sets of interviews by the First Circuit Court of Appeals in Boston and not able, thanks to the work of Senate Foreign Relations Committee chairman Robert Menendez, to allow the interviews to be used in a civil case against Gerry Adams or anyone else, there is an onus on the PSNI to show that all the sturm und drang, not to mention angst of the past three years have been worth the effort.

I would certainly go along with this. But sometimes motives can be seen in the effect that actions can have and that is where the charging of Ivor Bell becomes really interesting. Another way of putting that is to ask the question, cui bono (who benefits?)

Bell’s appearance in court has one clear consequence and that is to whet the Unionist appetite for the prosecution of other senior IRA figures, up to and including the most valuable trophy of all, Gerry Adams.

And as long as there is a chance that Adams might appear in the dock, or at the least evidence that harms him may feature in a trial or two, then the Unionists will be in no mood for a Richard Haass-type agreement on dealing with the past, especially one in which everyone will be expected to confess their sins.

And if they are in the mood, Mr Allister will quickly disabuse them of the notion (isn’t it extraordinary how little Unionist politics have changed since the days when Ian Paisley had the O’Neillites on the run?).
And who stands to gain most from that? Well for one all those security agencies, whose initials and names will be very familiar to readers of this blog, some of whom were disbanded only to re-appear wearing different clothes, others to whom those people ultimately answered. Their dark and dirty secrets will remain locked up in filing cabinets and encrypted computer files for eternity as long as there is no meaningful truth-telling process in Northern Ireland.

I do think, however, that the consequence of this case is clear, that the chances of securing a way forward in dealing with Northern Ireland’s ever-present, ever-destructive past have been uniquely diminished by the PSNI action. And absent that sort of deal the peace process will continue to lurch from one crisis to another. Who would have believed that two decades from the first IRA ceasefire we’d be at this stage of political intertia?

The PSNI assault on the Boston College archive is a textbook example of why, when dealing with something like a violent and disputed past such as Northern Ireland had, the police should never, ever be accorded a role.
Boston College Subpoena Feature from Elsewhere Ivor Bell